A Game of Thrones CCG 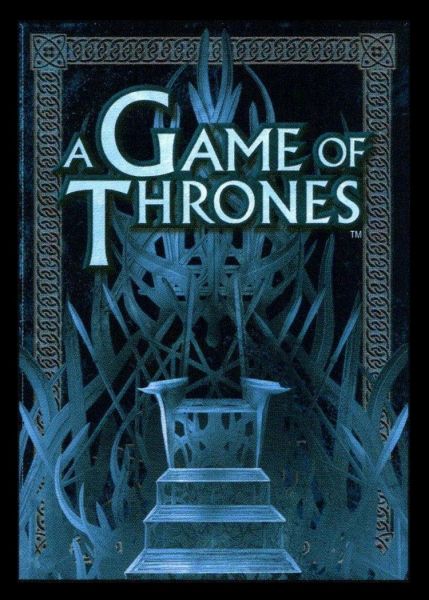 A Game of Thrones: The Card Game (or AGoT, for short) is an out-of-print collectible card game produced by Fantasy Flight Games. It is based on A Song of Ice and Fire, a series of novels written by George R. R. Martin. The first set was Westeros Edition and was released in August 2002. It has since won two Origins Awards. The game's primary designer is Eric Lang, the lead developer is Nate French, with Damon Stone serving as associate designer.

In the game, players assume the leadership of one of the great houses of Westeros vying for control of King's Landing and the Iron Throne. To accomplish this, players launch military attacks against their opponents, undermine their opponents’ plans with intrigues of their own, and make power plays to win the support of the realm.