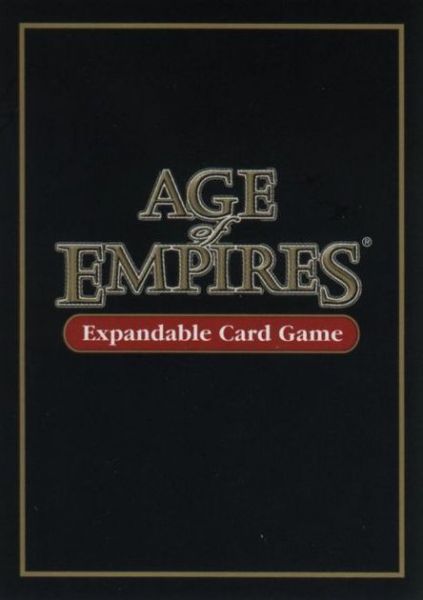 The Age of Empires: Expandable card game is a game of conquest, enlightenment, and civilization advancement. Just as in the computer game, you are the leader of a civilization that has begun to rise after the fall of Rome. Only you can lead your people out of the Dark Ages and into their place in history. This highly strategic game has the feel of a historical game combined with the fast-paced and continuously changing atmosphere of an expandable card game.

Players build their own deck based on one of the included civilizations. Typical gameplay is designed for two players, but there are rules for multiplayer battles and scenarios that allow for three or more. Similar to other entries in the series, gameplay involves advancement through four Ages; the Dark Age, the Feudal Age, the Castle Age, and the Imperial Age. The object of the game is to complete one of the following win conditions: