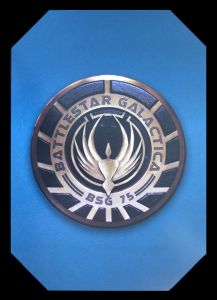 Two or more players vie for influence in an attempt to win control of the Colonial Fleet. A player loses the game when his or her influence is reduced to zero, and wins the game either when he or she achieves 20 influence or all opponents have lost. Because it is possible for these conditions to be achieved simultaneously, ties may occur. There is no limit on the number of players in a game.

Players primarily lose influence by failing to provide a defender when another player initiates a challenge, or by failing to respond to a Cylon threat.