Doctor Who: The CCG 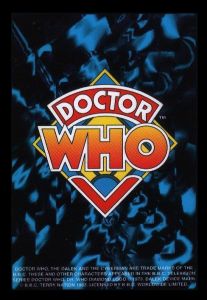 The Doctor Who Collectible Card Game is a collectible card game published in 1996 by MMG Ltd and is based off the classic British television series Doctor Who. A total of 301 cards were released in the main set, plus 1 additional promotional card.

Each player starts with a draw deck, 3 creature cards and a deck of Time cards. The table is divided into past, present and future. Each player announces in which zone they will operate. They draw one card and then play one card. If they choose the zone of their current Time card they may then play a second card OR draw an additional card at the end of their turn. The essence of the game is to overwhelm your opponent in at least one time zone. Each creature has three stats: Energy, Substance and Support.

Doctor Who: The CCG