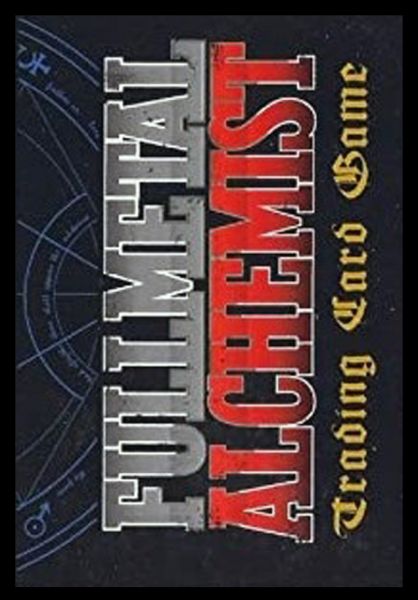 An American designed trading card game based on the popular Fullmetal Alchemist animated television series. Both players field teams searching locations for clues to the location of the philosopher's stone. Each location specifies one of three statistics printed on the card which characters use to battle each other in an attempt to gain an advantage.

This game is not the same as the existing Japanese trading card game; it is a new design from a new company, Joyride Entertainment.