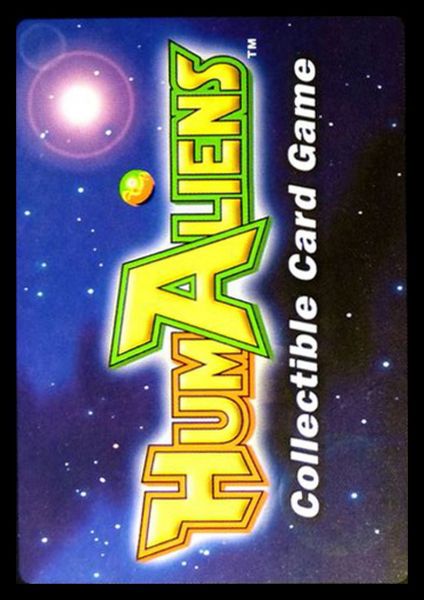 Humaliens is a game of flexibility and variables, where actions and reactions build a constantly shifting tide of effects. It’s unique, seat-of-your-pants play style allows players to perform actions that may very well change the direction of the game in a single turn, or with a single card played at the right moment. In Humaliens, you don’t know who’s going to win until the game is over.

After selecting a front line team of up to 5 Humaliens, your team works together to either defeat your opponent’s front line, or to metamorphose into Super beings – the next evolution for universal life forms. Victory is always within your grasp.