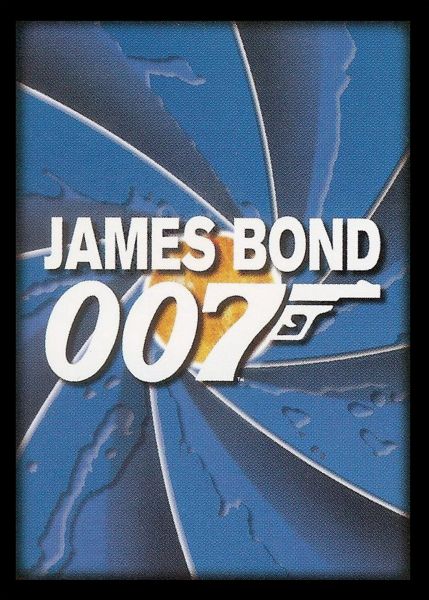 It was released in November 1995 and was one of many CCGs released during that time that were based on a movie or TV franchise. The first set was called Goldeneye and had 207 cards and featured material from every film up to that time, even Thunderball. Some sources claimed the set had as many as 217 or 231 cards. An expansion called Villains and Women was scheduled for a 1996 release but never materialized.

Gameplay involved each player assuming the role as the Directors of the British Secret Service and both played James Bond characters. Players deployed Missions, Villains, Obstacles, Locations, and Henchmen for opponents to fight, and if able, would also play a Plot stack each turn. Each Plot stack would make the mission more difficult. If you had the right cards to complete the mission, you scored points to win the game.