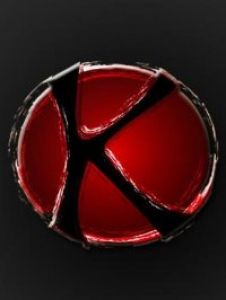 Kartazma is a Polish CCG whose topic is the CCG players life. You are controlling a group of characters that are CCG fans. During deck construction you may choose from 3 general types of "heros": Collector ("Kolekcjoner"), Tournament player ("Turniejowiec") and Social guy ("Społecznik"). There are also cards that represent locations like shops or clubs where you can play, some stuff cards: cell phones, bags, card protectors and finally some quests that you have to accomplish before your opponent does to win the game (like a good trade or wining 3 tournaments).

You will have to construct 3 decks: a main deck ("Talia główna") with exactly 40 cards, character deck ("Talia Karciarzy") with 10 cards + one main character and quest deck ("Talia wyzwań") with 5-7 cards. Each of players must also have 3 locations which he will use during that game.