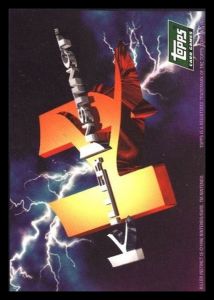 Killer Instinct is an out-of-print collectible card game by Topps based on the Killer Instinct video game. It was first released in June 1996. The original set had 342 cards plus 6 promo cards. The game was Nintendo's first foray into CCGs. The cards were marred by low-resolution graphics pulled directly from the video game. The premise of the game had players trying to overthrow the Ultratech corporation by recruiting fighters and winning the Killer Instinct tournament.