Legend of the Burning Sands CCG 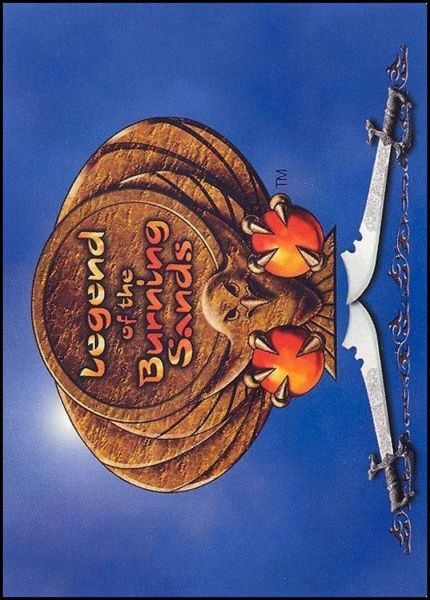 The first three Legend of the Burning Sands sets were released under FRPG's experimental Rolling Thunder system, which emphasized small, regular releases of cards. The Rolling Thunder distribution mechanism proved to be unpopular, however, so the game was put on hiatus. After six months, the game's massive conclusion set, The Awakening, was released, but interest in the game had already faded significantly. Sales were poor, and most of the stock was destroyed rather than being warehoused. Today, cards from The Awakening are in high demand from collectors.

Much like Legend of the Five Rings, LBS included many factions, especially towards the end of the game, where 12 different groups existed: The Ashalan, Ivory Kingdoms, Assassins, Ra'Shari, Senpet, Yodatai, Celestial Alliance, Jackals, Ebonites, Moto, Dahab and Qabal.

Legend of the Burning Sands CCG

S
Shadow of the Tyrant