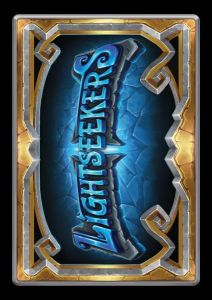 In Lightseekers, you play as one of many heroes in the fantastical world of Tantos!

In this deep and vibrant world, you can discover your hero’s story, unravel the mysteries of the past, and battle to create your own legend!

Each player in the trading card game takes control of a hero who uses an arsenal of cards featuring spells, creatures, items, and locations to defeat their opponents. The heroes of the game use a specific branch or subset of magical energy, which is referred to as an ‘Order’. There are six known Orders that equate to six different playstyles.