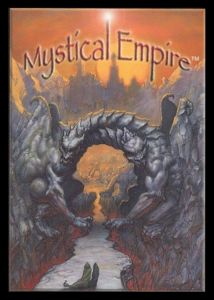 Mystical Empire is an Action-Based game, so everything that takes place during the game requires the use of an Action by either a Character or a Creature or a combination of several.

With your Character’s Actions, you may Hire Creatures, Play Items & Structures, or (if able) cast Spells & Effects. Your Character may also Attack once per turn, if you choose, and may save an Action to Defend against Attacks made during your Opponent’s turn.

Your ultimate goal is to destroy your Opponent’s Character. Once this has been achieved, you win the game.