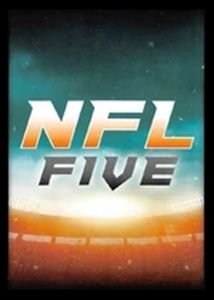 NFL Five TCG is a TCG based upon American Football.

The NFL Five TCG allows you to construct your own fantasy dream team and compete against other decks – fusing a traditional TCG gameplay experience with Panini’s iconic NFL trading cards! Aside from fielding your favorite Players, you’ll also call Plays by placing them facedown (along with your opponent choosing a defense). Successful plays will gain yardage (tracked on the football field play-mat!), which can then be modified by Player abilities and Action cards. Plays also take time off the clock, which can be managed with timeouts. After two halves of play, the highest score wins the game!