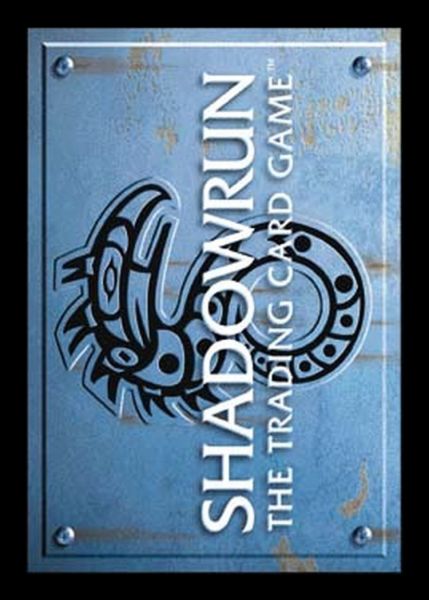 Shadowrun: The Trading Card Game is an out-of-print collectible card game, released by FASA in August 1997 as a spin-off from FASA Corporation's Shadowrun role-playing game and used the same scenario, a cyberpunk setting with fantasy elements - an apocalyptic near-future Earth, with advanced technology (bio-engineering, robotics, virtual reality) which was also populated by magic and supernatural beings such as elves and dragons.

Each player plays the part of a "shadowrunning" group, enlisting mercenaries with several different skills, and acquiring equipment, contacts, technology or mystical items in order to complete several types of missions. There are only two sets released for the game. The base set, simply titled Shadowrun, and one expansion, Underworld, which focuses on the criminals, such as Mafia and Yakuza, and the police that tried to bring them down. Despite its initial success and awards, no further expansions for the game were released. A second printing of the base set, called Second Running replaced 39 cards and changed the art for 12 more.