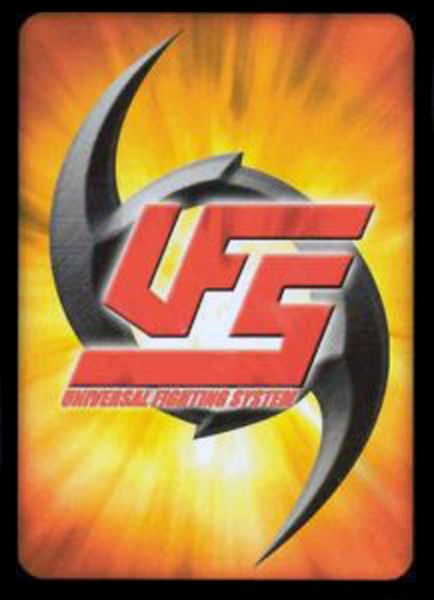 The Universal Fighting System (UFS) is a collectible card game designed by Jasco Games. Games of UFS represent a fight between two characters in hand-to-hand combat. Characters are drawn from original properties as well as a number of licensed ones, such as Mega Man, Street Fighter, The King of Fighters XIII and Darkstalkers. The sets are cross-compatible – cards from multiple licenses can be included in the same deck, and characters from different universes may face each other in a match.

S
SNK04 - The King of Fighters

D
DS02 - Warriors of the Night